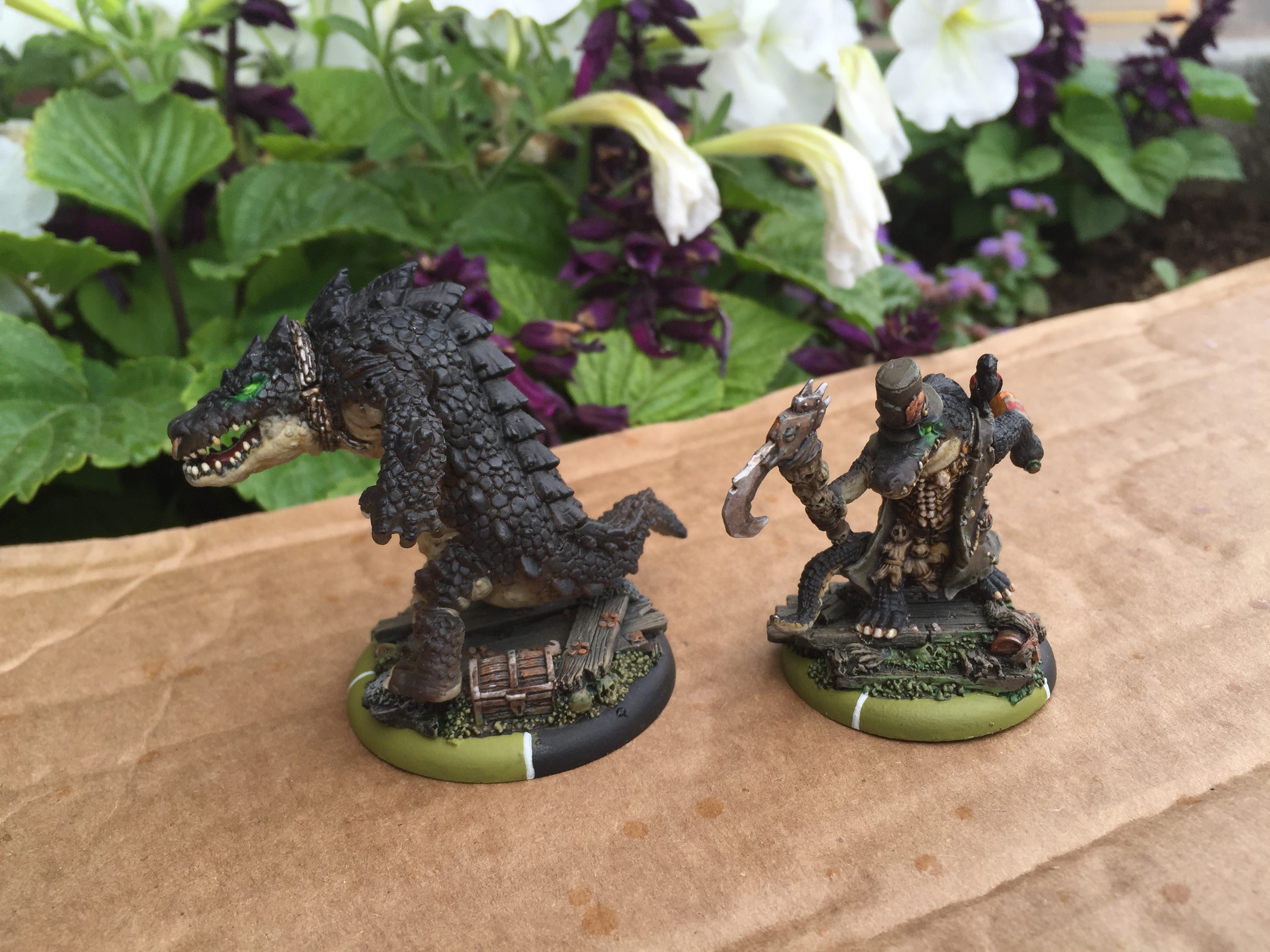 A lot of people have been interested in my gatormen as of late, it was probably going to happen so I wanted to make a blog post about them 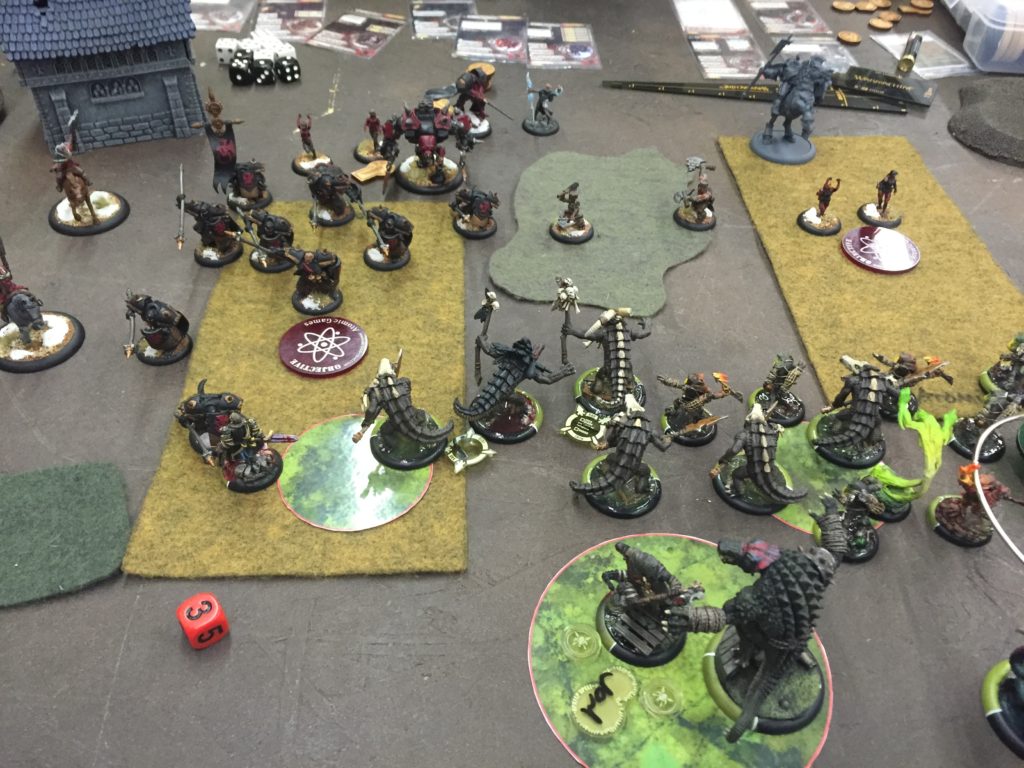 As a person raised in south Louisiana I grew up around a lot of wildlife and was lucky enough to experience such things up close. I later moved to colorado and was idle due to circumstances and discovered this in a local gaming shop. 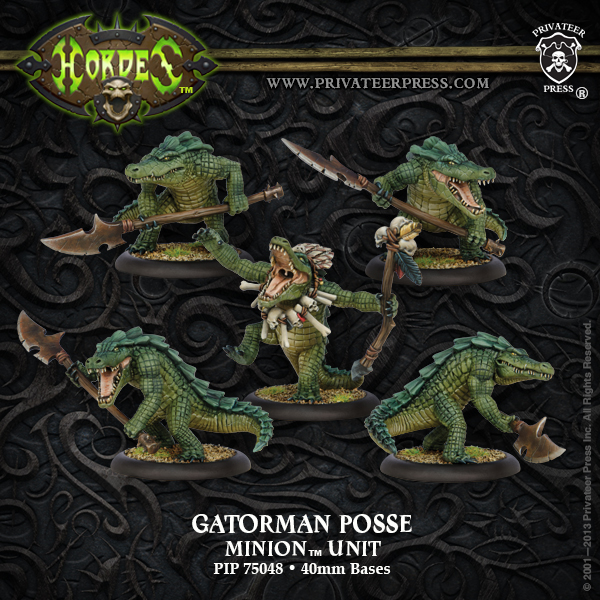 It was awesome, colors were all wrong. alligators are darkbrown in south louisiana. so, purchasing it and talked to a few guys about the game. Which in college, I was too poor to afford and had not time for. About year of playing another faction, khador(loosely based on soviets) and mercenaries as a character named magnus who was a mechanical genius of sorts with an injury(more on him later). Returning to the box that started it all, I realised I had unpainted models, which for many hobbyists is a point of shame. Having been half awake and no one corrected me, I read the faction name as “blackwater congregation,” well the waters in the deep swamps of Louisiana ARE practically black. so I opted to make it an homage to my origin state! This is why most of my stuff is painted to look more natural than supernatural. after a year of work I had a gorgeous army of alligators to put the hurt on bad guys(warmahordes, is a game with no real good guy IMO) and eat all the monsters!

well, this required a reference, when I was married, I picked up an alligator head at a gas station as an item to connect me to where I am from. so I had THAT to work with! 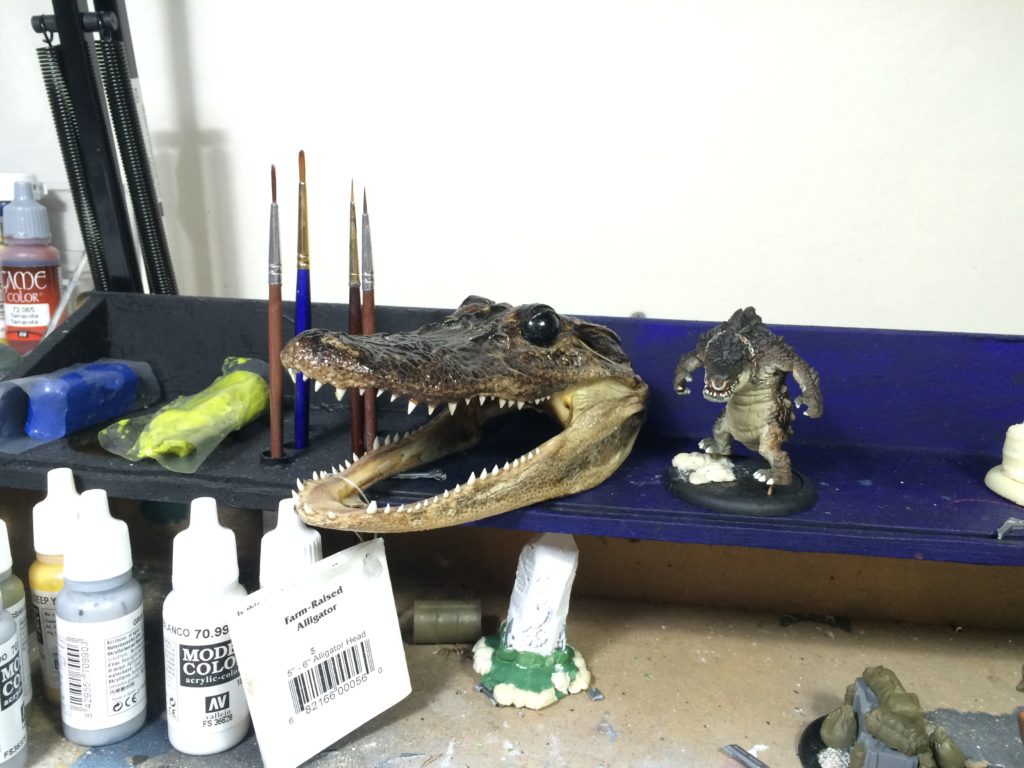 Which resulted in the following: 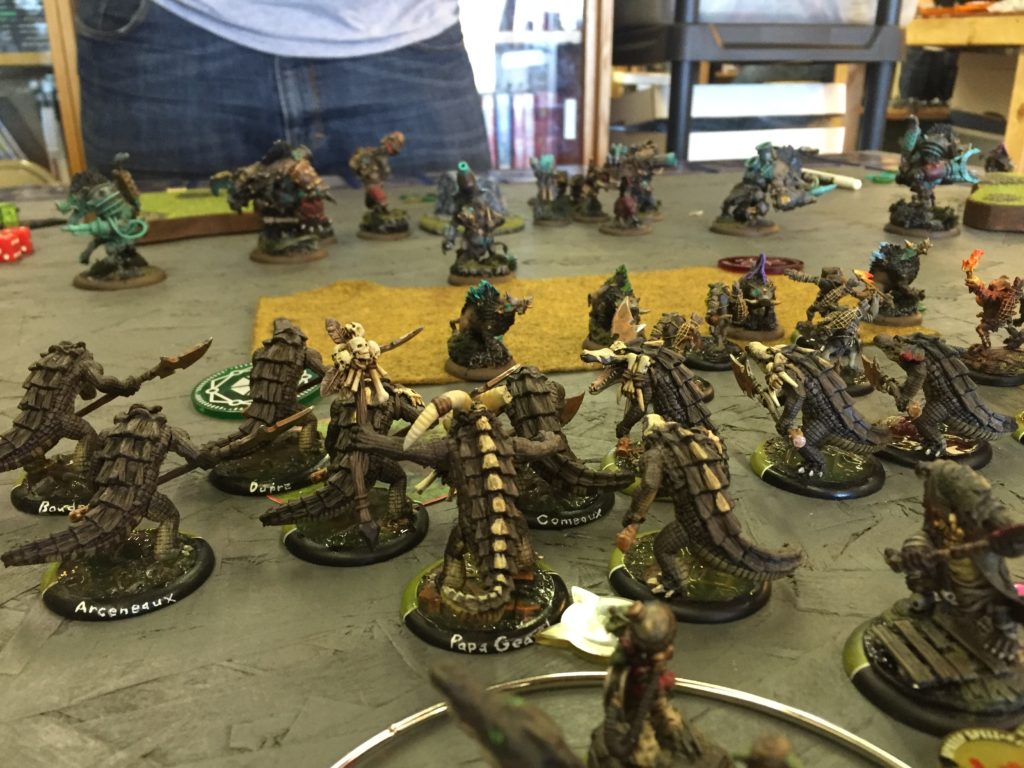 The colors are based on a mix of vallejo german grey, cayman green and citadel’s rhinox hide color. It is a custom mix that I then slather in citadel’s agrax earthshade giving them a great dark brown color. Yes, one squad all has legitimate Louisiana names. Also Papa geaux is now quite a voodo doc but he wants to be someday…