Dreadnoughts of the IVth legion

I don’t think ironwarriors would typically perform the horrific rites to imprison someone in a “helbrute” allowing the warp to fuse them with their machine. However, I do believe that ocassionally one of the ironwarriors who has fallen to the oblitterator virus will of course merge with their castra ferrum MKIV(OOP) or MKV dreadnought as such my “helbrutes” reflected this. However, I at the time of devising this “head canon” was unaware of the “ferrum infernus” dreadnoughts found in the forgeworld chaos index update. Allowing us to modify imperial dreadnoughts(aka loot) them for our fallen veterans, at least that is how I am explaining it! 🙂

Anyway. I am still modifying helbrutes to reflect what I think an IW one would be like and of course because I am a “hobby hero” going to modify several spacemarine dreadnoughts I have sitting in my collection for IW use :). 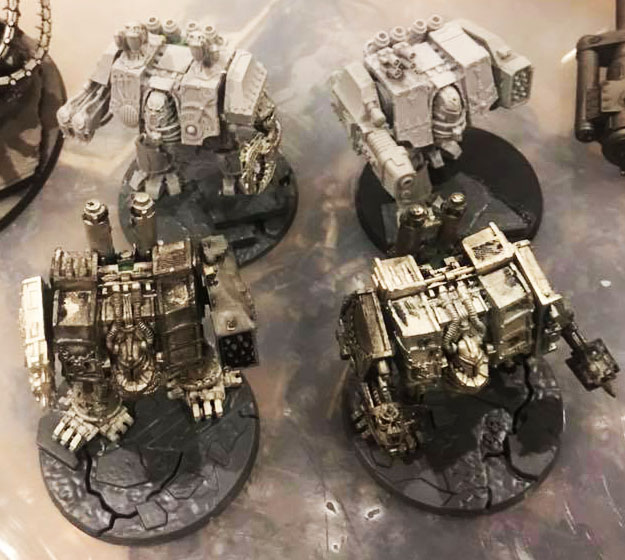 the key differences between a helbrute as far as gameplay are:
helbrutes can use the fire fury strategem as it is only for Helbrute units not keyword
ferrum infernus are still ferum infernus but don’t get the name helbrute and cannot use the keyword….

from page 3
“Q: There is no datasheet for a Ferrum Infernus Chaos
Dreadnought – is there a datasheet I should use for this model?

A: Use the Helbrute datasheet on page 33 of
Index: Chaos.” 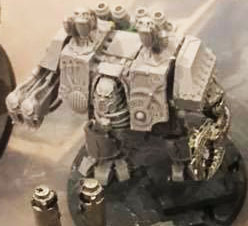 What about sonic dreadnoughts?
also page 3
Q: There is no datasheet for an Emperor’s Children Sonic
Dreadnought – is there a datasheet I should use for this model?
A: Use the Helbrute datasheet on page 33 of Index:
Chaos. It must replace its <Mark of Chaos> keyword
with Slaanesh, it must replace its <Legion> keyword
with Emperor’s Children, and it has two additional
wargear options; it may take a doom siren, and it may
replace its multi-melta with two blastmasters.

as I run IW I cannot see using this guy.. so still 6 max