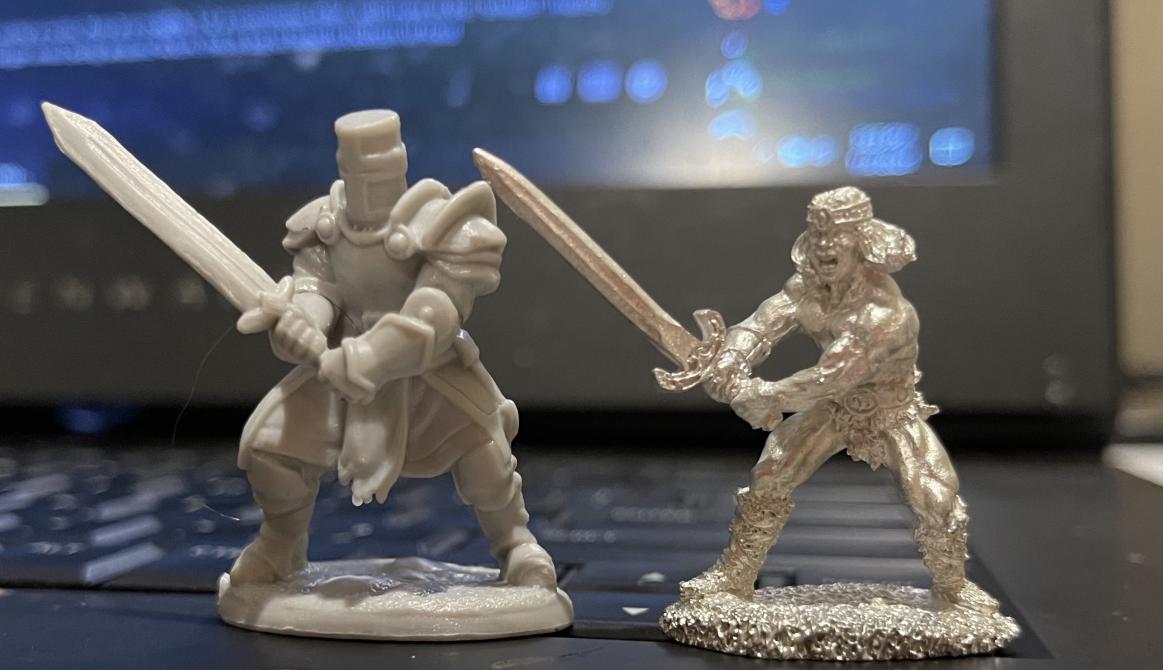 Now, I am huge fan of reaper. I have painted them since around 2002. Over the years, their scale has had consistency issues. This common on any miniature line. Most of the time I am left with NOTHING to define the scale I work in, closest is 28mm historical.

Before I start, here is “sir for scale” with some of the older reaper “35mm” stuff as I call it. so I know it isn’t a new issue.

I gleefully backed bones 4 a few years back and was so busy with other priorities I was unable to look through it. However, since covid began I have had a strong urge to play solo something, so I started on rangers and remembered the TREASURE that was unopened in those brown boxes…

So, fast foward, I dumped everything out, and over the course of months, assembled most of my bones 4. Most of them were massive, what looked like 35mm as defined by CMON by their board games. However, that would not do as most of my official frostgrave and rangers models were 28mm and I have been buying up 28mm models for it from various historic lines which I LOVE.

Now, I am not mad, my kiddo got all the “35mm” models to play with so he has his own models.

One of the long held “bucket list things” that has itched at the back of my mind was warlord, the reaper game I read about in one of the old awesome reaper catalogues but at the time I was in college and that was outside of my financial reach. Anyway, NOW I can. So I found the warlord book then set about getting some necropolis and crusaders together. then I realized the majority of the “35mm” bones were crusaders. NO WAY! I thought, I didn’t mind many of the metal characters being larger but grunts TOO!?!? no, reaper, you are not gamesworkshop! You are better than this so I took another look and I was NOT mistaken! Taking out a ruler, they are 1/2 a centimeter taller! How is that a big deal? the new bones 4(35mm) is 4 cm the old scale is 3.5cm that is like 80% of the height. They look like children!

There are those who will say, well some people are larger than others, yes they are. but their heads are not the same proportions. Look at shaq compared to a 5 foot tall person, similar head size.