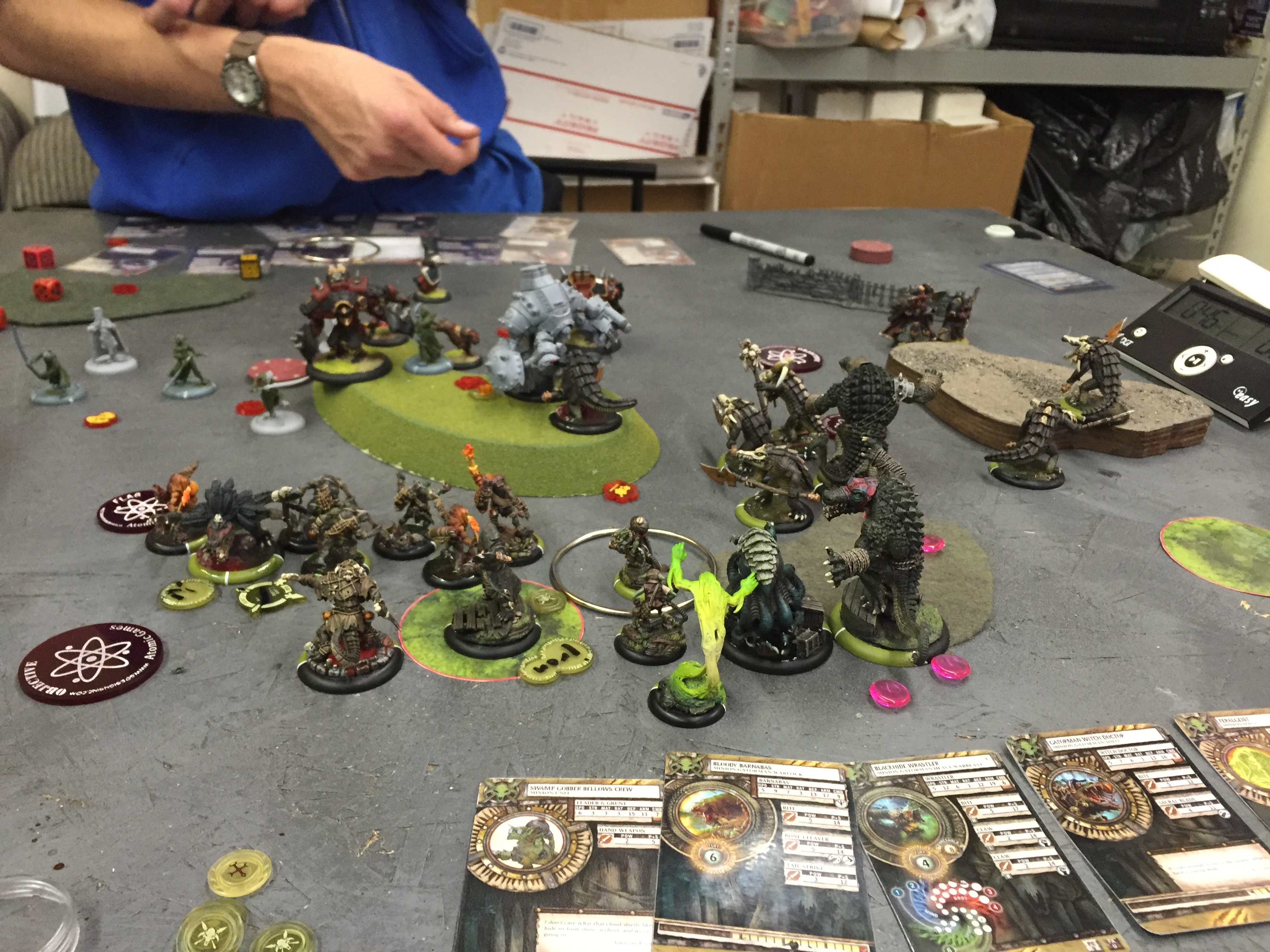 Mostly when painting for blackwater, my own little pocket of immoren, I stick to blacks and browns, any leathers would be dark in color as they are often partially ruined from floodwaters. Any feralgeists can vary with no uniform style to them anything from glowing green to piles of discarded gore from gatorman hunting camps.

Colors of grass would be bright greens as water is abundant and plantlife is quite healthy there. grey shelf fungus and spanish moss are also possibilities. because of the high humidity and flooding also all wood is distressed and very little is not rusted with time due to seawater being pushed up into the bayous. Where on the map is it? somewhere south of “south khador” beween it and “scary khador.” many times blindwater will travel south for a boucherie, to pick up some gratons and boudin! sacral vaults produce the most wonderful gumbos(planning, not done yet).

All great living beasts from the blindwater marshes have a green-yellow glow emanating from their eyes, a sort of preternatural glow. Voodoo magics are often also represented by a similar green-white glow. swamp pits are often filled with duckweed, a local plant that grows in abundance on any water surface! Cypress knees can occasionally be found in the shallows where the croakraiders tend to reside, allowed to roam free for sport on the part of the bokors, croak raiders are commonly hunted and fried up by boilmasters. dead and rotting animals are common due to frequent flooding in the southern swamps of blackwater. Expect to feel an ocassional crunch beneath your feet. Also snakes are common and venomous!  all basing most be at least somewhat wet, the area is humid, prone to flooding and generally regarded as uninhabitable by the forces occupying “south khador.”

sealife is not uncommon as brackish waters are frequenly found in blackwater. the abandoned docks there find all manner of beasts pulling any passerby to the water with them. Darkblue in color, more brightly colored and tropical.

Thrulgs, these terrible creatures are all that remain of the slave traders on the coast, cursed with a blackhunger for magic by the voodoo priests, they are pale, coming out only at night to feed on unsuspecting victims. purple and translucent skin warped forms of what they once were. 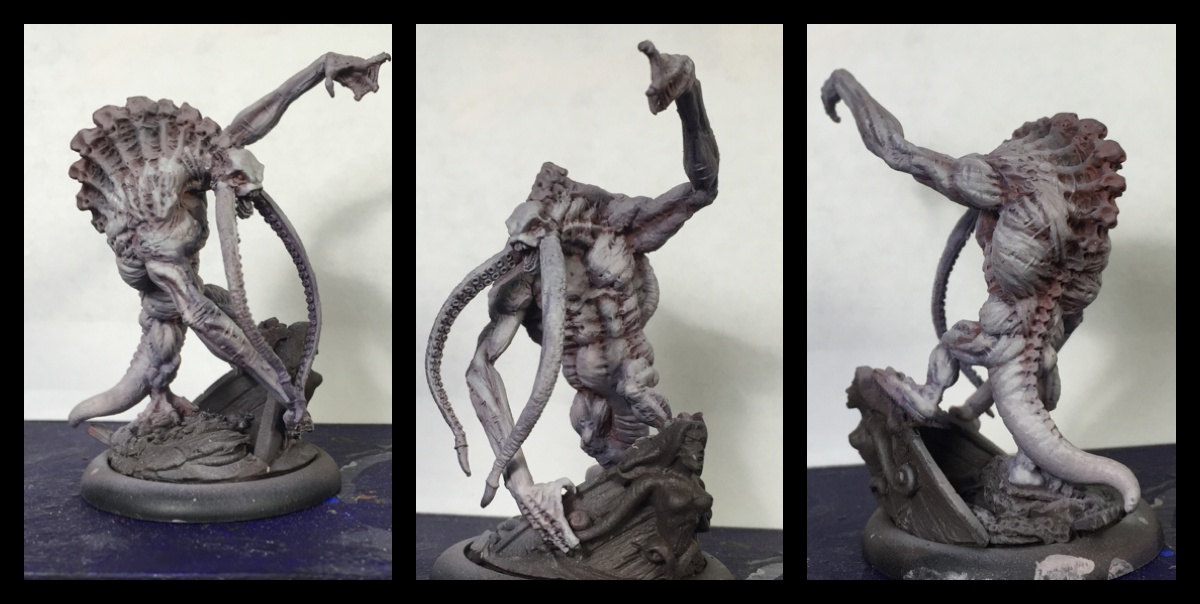